The un-official end to summer is upon us. We have been graced by hot weather but I decided to do a photo shoot anyway.

Here we have the 12th street beach with people taking advantage of the warm weather to cool off a bit. From here I continued to walk south onto Northerly Island -- The one time Megis Field. Today it contains the Charter One stage, a prarie and a wildflower preserve with trails. You can actually take some intersting pictures from the former air field. I still think I'd rather have the airport thou.

Posted by Brokecompsoul at 5:50 PM No comments:

Fit to be Tied 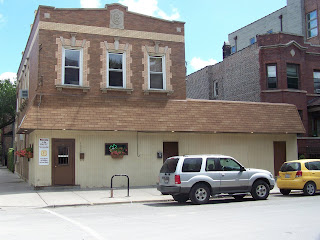 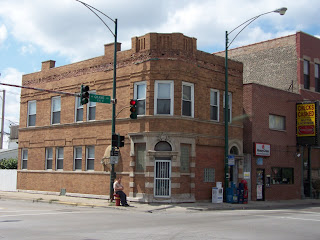 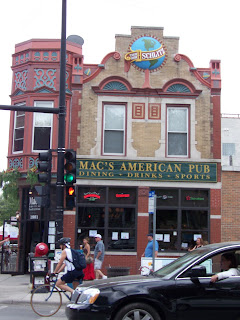 A change of weather came today, after a hot and muggy Saturday, a cool front came in, and the humidity is gone! This allowed me to make a nice walk. I loosly based this on a walk that Forgotten Chicago did back in June. I took the Halsted bus to Grand and walked west until I got to Paulina. I then started to follow the path of the Forgotten Chicago walk. This walk zigzagged across Westtown with the walk ending at Division and Wood. I then took a Damen bus back to 35th and Archer and a 35th bus home.

This walk featured several tied houses. A tied house was a tavern that was tied to a particular brewery. The pictures above all feature two houses tied to Schlitz. The one at Grand and Damen is in the worst shape and all the lettering from the ball is missing. The walk also featured a Peter Hand tied house as well as a Val Blatz house (not pictured)
Posted by Brokecompsoul at 3:43 PM No comments:

Through Sears, originally uploaded by kendoman26.

Taken from my kitchen window during the Sunday performance of the Blue Angles. It looks like the plans are flying through the Antenna of the Sears. It looks cool that's for sure

Posted by Brokecompsoul at 7:00 PM No comments:

A Difference of 67 Years 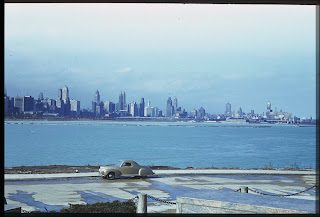 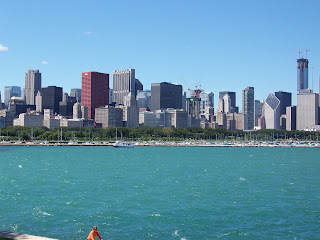 I decided to try my hand at another Cushman photo. In February of 1941 Charles took the top picture at the Adler Planetarium. My modern photo is taken at a similar location. I think Cushman may have been closer to the planetarium than I am. It's that or the breakwater is totally different :)

On a quick inspection it's hard to tell that Cushman's photo is of Chicago. Once you look closer you'll see the Wrigley Building, The Carbon and Carbide Bldg (Now the Hardrock Hotel) and the Pitsfield Building.

Today's photo shows an almost topped out Trump Tower as well as The Legacy at Millenuium Park. It's simply a different city. Where Chase Tower (nee First National Bank of Chicago) stands today back in 1941 the Hotel Morton stood all 56 stories making it one of the tallest buildings in Chicago. It still holds the record of the tallest structure to be demoed in Chicago.
Posted by Brokecompsoul at 4:34 PM 1 comment: 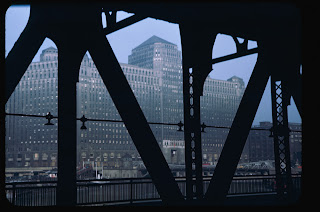 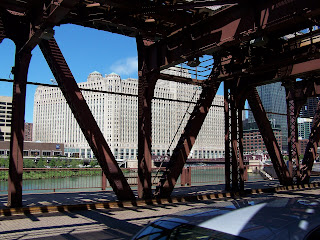 I haven't had much of a chance to take photos lately, typical summer weather of heat and humidity has kept me in. Today wasn't one of those day's strong northeast winds, temps around 80 and low humidty made it a great day to take a walk. I went downtown and started the walk at Dearborn and Lake, walked lake to Jefferson and then Jefferson to 14th place where it ends. I had to walk over to Canal up to 16th back to Jefferson then up to 18th and 18th back to Halsted. All and all a great walk and I hope to post more pictures later.

The bottom photo is my recreation of Cushman's photo taken almost 64 years earlier. While we decry pollution today, I think we fail to realize how dirty a Coal burning world was. The Merchandise Mart was a little more than 10 years old when Cushman took his photo but it looks like a century has passed.
Posted by Brokecompsoul at 4:57 PM 2 comments: