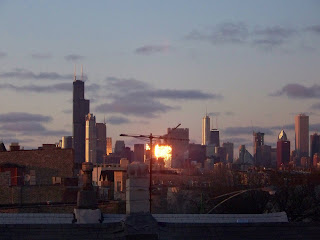 February is coming to an end! That bright reflected sunlight is reflecting off of the former Chicago Merchandise Exchange were a Metra station is located. February is ending the same as it began-- COLD!! We'll it's only three weeks to spring. Not much longer!

Posted by Brokecompsoul at 5:36 PM No comments:

One month left to winter and I can't wait till it's gone!

What we have here is an ADM railcar tagged with purple and yellow graffiti. Taken from the Halsted Orange Line stop, railcar's will sit on the adjecent track for days. Ít's a great place to take photos of these tagged cars.

It's sort of funny almost all railcars seem to be tagged and the railroads don't bother eliminating it.

Posted by Brokecompsoul at 4:39 PM No comments: 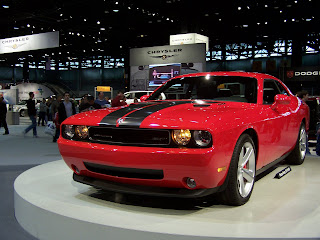 One of the most packed areas of the show was at the Dodge display. Everyone wanted to get their hands on the Challengers. The picture above shows the car on the turntable. They had several other on the floor, All with lines to sit in. I've never seen that at a show before.

If Chrylser is leaving the auto business, they sure are going out with a bang with the Challenger. They had a blue plain jane SE, A couple of RT's and an orange (the car's most popular color) SRT with the 6.1 litre V-8. I wish Chryler the best and I hope they can pull thru.
Posted by Brokecompsoul at 5:42 PM 1 comment: 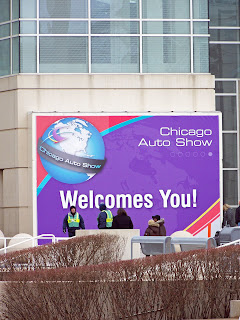 Another year - Another Chicago autoshow. Today was a great day to go see it. Temps in the lower 30's and the little snow we got overnight was gone by 10:00am. You could feel the effects of the economic downturn at the show. Gone were the flashy exhibits, not many concept vehicles and the few that were there were "green."
With both Chrysler and GM on life support, they stayed with simple displays. Ford had flashier displays as well as Toyota. I must admit that I have a vested interest in what Ford is doing after buying into the company. They seem to be the healthiest of the Big Three.
Over the next week I'll be posting pictures and commenting on what I saw. I hoping to get back at least one more time.
Posted by Brokecompsoul at 5:39 PM No comments: 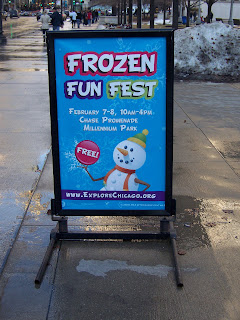 Well the idea is good in theory. I'ts been a cold winter and February is usually no warmer than the mid-thirties. No one would expect the 50 degree weather we had on Saturday. The penny sculpture below was one of the few left when I arrived in the early afternoon. On the news this morning the director says they will have some new sculptures for today. Perhaps I'll try again :( 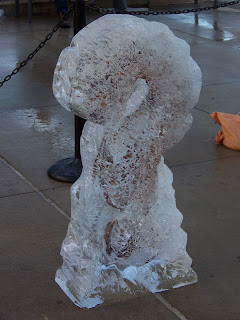 Happy New Year 4707. The year of the ox. Chicago's Chinatown had their annual New Year Parade. The weather has warmed into the mid and upper thirties. Much nicer than past weeks.

I met up with Tina and some other photographers she knows and we stood on the corner of Wentworth and 22nd Place. The parade was about an hour long and even had Ronald Mcdonald.

We tried to get something to eat afterwards but all the restaurants were too busy. Maybe next time.

Posted by Brokecompsoul at 4:44 PM No comments: